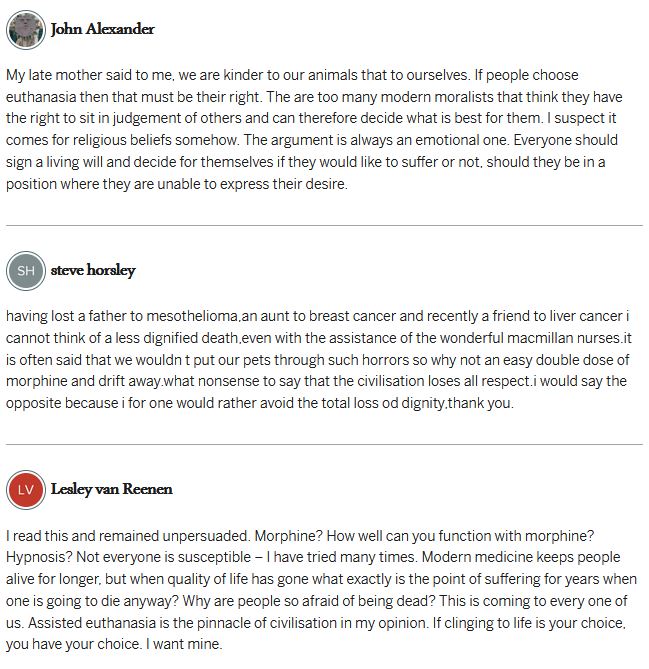 I was recently looking through an article against “euthanasia” on an english online newspaper and the comments were near hundreds of posts of the most horrible demon-spawn to ever walk the earth (baby boomers and their ilk) boasting of suicide. I cannot post there but I can talk here on the topic.

In one of the greatest books of all time, G.K. Chesterton’s “The Poet And The Lunatics,” Chesterton describes in Chapter IV “The Crime Of Gabriel Gale” the two things (and the only two things) that fallen man fears the most more than even hell:

This is because, as Chesterton describes, these are the only two things that conclusively, irrefutably deny that man is not God.  the baby boomer, born right in the middle of the devil’s century and born right at its height, is the platonic element of this delusion to apotheosis that we call the capital sin of pride.  it is this same generation that hated Human Life so much that they Martyred 900,000,000+ Babies in the womb from 1973-1980 alone worldwide.  this generation who has dedicated every waking moment of their lives to not only sins That Cry To Heaven For Vengeance but satanic rituals as well.  Now that they are so richly nearing hell, it is not at all shocking that they look to satanic rituals near the end of their life as a “solution” to escape the realization that they are not God.  It is also not shocking that their absolute desperation of being unable to lie to themselves further about apotheosis, their hatred of Humanity would even go upon themselves.

So what is suicide anyways?

suicide sends one straight to hell because one cannot change their will or inclination after death, and the act of death is caused by a sin That Cries To Heaven For Vengeance.  anything above a mortal sin kills the soul outright.

this is why the third worst sin That Cries To Heaven For Vengeance of “blasphemy” (the word itself is ancient greek meaning “self-injury due to denial of Reality”) is suicide by denial of God And His Church.  satanic rituals generally fall under this sin That Cries To Heaven For Vengeance, and suicide itself is the par excellence version of it because it named the sin itself!

of course, there is something even more evil about suicide.  it is the attempt to Martyr oneself in effigy of what they wish they could due to God.  this means I can make a Good argument as to why it is also under the worst sin That Cries To Heaven For Vengeance that is normally used to describe “abortion.”

Even the most evil monsters have a pure child left somewhere deep in them, from before the abuse and sin that took hold and made them what they are now, and suicide is the attempt at “abortion” on this hostage inner child to remove that last vestige of Humanity as the ultimate affront to Creation Himself.

So they who hate God because they have wronged God.  they who hate life so much that they only want to “be like gods” in order to erase life altogether.  those searchers after the “superman” who do so in the mirror after sacrificing their children to the devil.  they who reject God for Creating them at all, because they were not left to rot with sin in the “peace” of the grave without shame.  they who don’t know that shame is The Natural Response to doing the unnatural, and therefore would be ashamed even if they never heard of God.  they who Martyred their children in The Womb in the delusion that they would be granted divinity by their “master” the devil in return.  they who believed wholeheartedly in crowley’s “libido dominandi,” or “sex magick” and took out most of civilization with them.

when they realize they cannot be God by attacking Him or anything He made as Good And True, they believe finally sacrificing themselves will somehow make them “be like gods.”

Or Like Chesterton also said, those who commit suicide are not trying to be violent against themselves, they feel like all Reality is a solipsism of their ego and therefore by killing themselves they believe they are not only “killing” God but all of Humanity and even the Universe simply because they couldn’t play pretend with their defect of original sin.

Of course, all that awaits is immediate hell.

God Deliver Us From evil.  Amen.

2 thoughts on “what the satanic ritual called “suicide” really is.”